This covers two recipes really, need to make the tomato sauce from the sauce chapter then this dish comes from the pasta and rice section, it’s a pretty basic pasta recipe but sometimes those are the best

Lightly fry the onion and carrot in the butter for 5 minutes. Stir in the flour and add the tomatoes, stock, flavourings etc. Bring to the boil and simmer for 30-45 minutes or until the veg are cooked. Sieve, re-heat and re-season if necessary.

So not really much to spaghetti napolitana except to make the tomato sauce and boil spaghetti. When you read the sauce recipe it does actually say to serve with croquettes, cutlets, rechauffes (no idea what that is) or any savoury dish. There is a tomato sauce version using tinned tomatoes but for some reason that one also includes bacon which I’d ran out of, no bacon in this sauce.

I’ve made a few tomatoes sauces, but never with cloves or using this method with flour. I was having my doubts as it was simmering, looked a very un-tomato sauce colour, but after half an hour the tomatoes were breaking down. It does seem a waste to sieve away all the veg. If I was making this again I’d remove the clove and bay leaf after cooking and then blitz it to keep in the veg. I was a bit annoyed at wasting the veg, I hate wasting food, I actually ended up eating the bits of veg with a fork after the pasta, couldn’t face throwing it away!

It did create a lovely texture, was a bit thin despite the flour, reckon keeping the veg in would’ve helped thicken it up a bit. It was a lovely sauce, the cloves had an interesting background flavour, in a good way. I made the full sauce quantity and ended up using it all for the three of us, did need some crusty bread to mop up the puddle of sauce left in the plate!

Would I make this again? Yes probably, but definately keep the veg in. 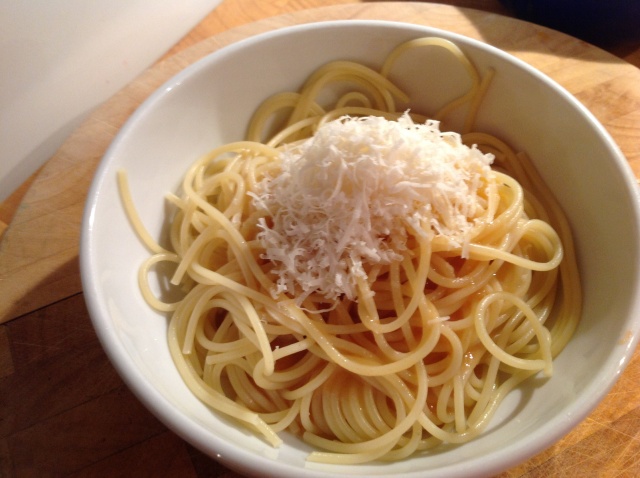