So this is the first of a few blog entries today, it’s my birthday so hosting a dinner party for my family. I had bought cans of cider for the fish and cider casserole I made last month, am not much of a cider drinker so decided to turn into a cocktail for pre dinner drink!

Strain the syrup from the apricots, rub the fruit through a sieve and put into a large jug. Put the cinnamon and almonds with half pint of the cider in a pan, bring to the boil and leave to stand for 10 minutes; cool and add to the apricot pulp in the jug. Just before serving add the remaining cider and the tonic water.

I had to do a bit of research to figure what a quart is, an American quart is 946ml but a uk quart is 1136ml! A split is 6oz or 177ml! It was a bit of a hassle sieving the apricots, also wasn’t sure what the almonds brought to it, I had to assume I wasn’t to pour them into the jug!

To quote my dad this was quaffable! Was a good combination, am not a big fan of cider so having the fruity apricot mixed in was good. I didn’t get much cinnamon flavour when drinking it.

Would I make this again? Yes if I have more cider to use up! 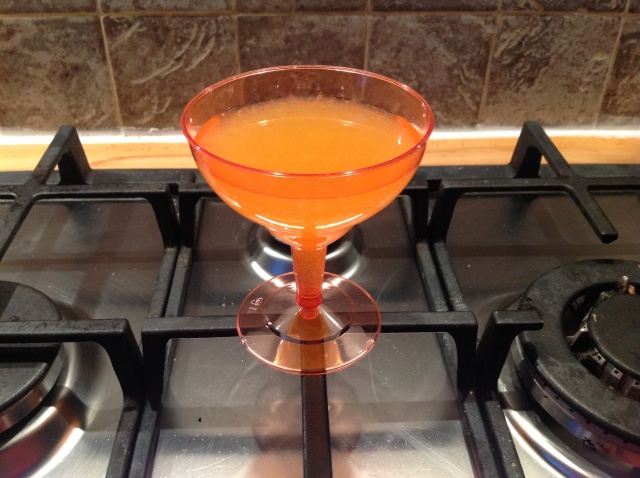 One thought on “Apricot cider cup”