Well this did not go quite as I expected. I had imagined nice little meringue style pyramids which were packed with coconut, not these… 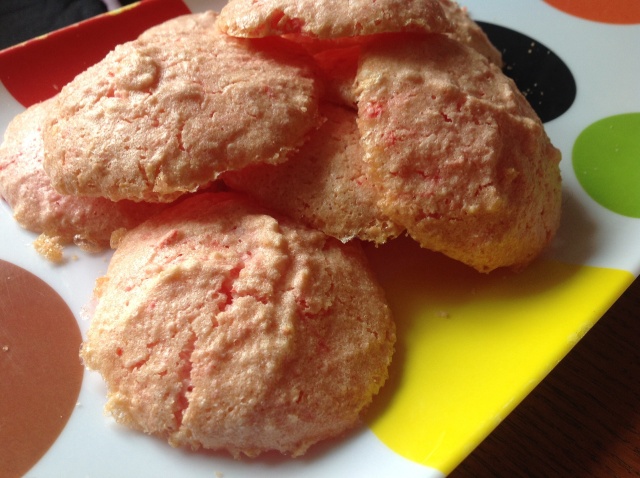 They just look rubbish but I stuck exactly to the recipe so not sure what went wrong..

I have bags of egg whites in the freezer so just defrosted one for this that I knew had two egg whites in it. I did everything as per the recipe and my daughter requested pink pyramids so I added a touch of pink paste, did that have an effect on them?

I was tempted to pipe on but went with the recipe and piled on using a spoon. They did not stay up and I couldn’t really shape easily! 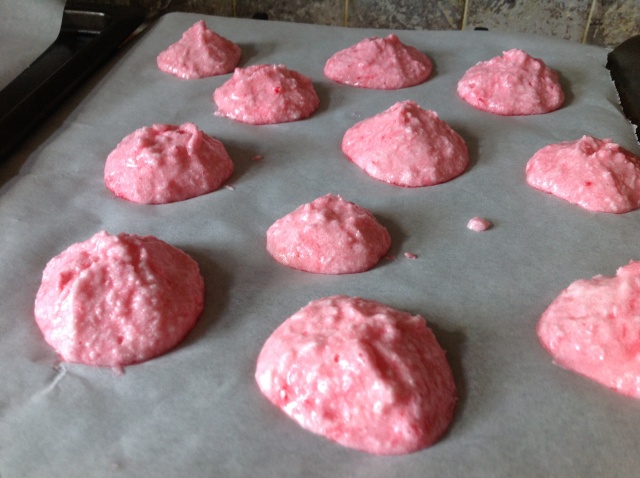 Then after 45 minutes in the oven they didn’t look any better.. 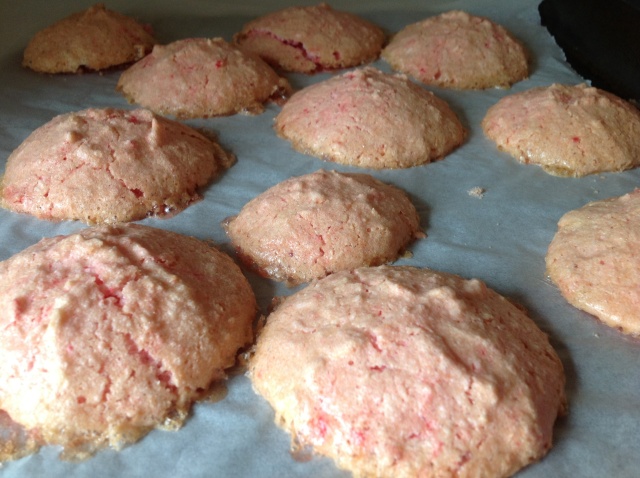 Then I couldn’t get the damn things off the baking paper! They had completly stuck so I pretty much ended up pulling away a shell, and left lots of sticky inside on the tray.

Overall this has not gone well, but despite all that they taste good! The outside is crunchy and then what’s left of the inside is lovely and chewy! Then the coconut is great.

Would I make this again? If I could figure out where I went wrong then yes as I imagined these so differently in my head! 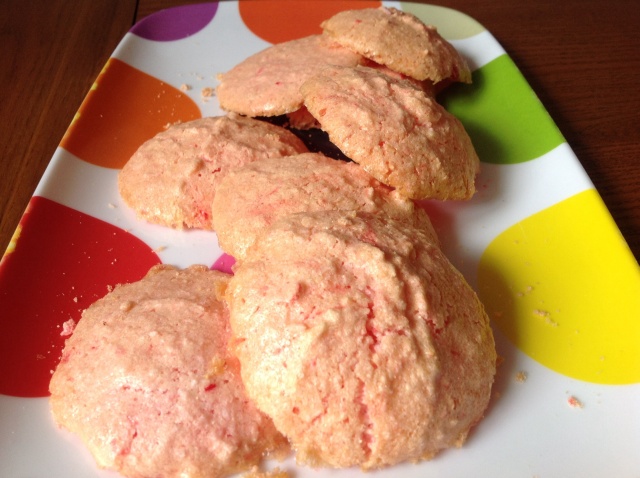