I still had some minced beef in the fridge so decided to use it for this plus I thought the way of cooking this sounded quite interesting..

So I was using beef mince rather than lamb. The first part was pretty straightforward to make. I had wanted to use a frying pan as I thought that would make it easier to break the eggs in but I don’t have a lid for my frying pan. So I opted for a smallish pan. I was making this for the two of us so kind of thirded everything. 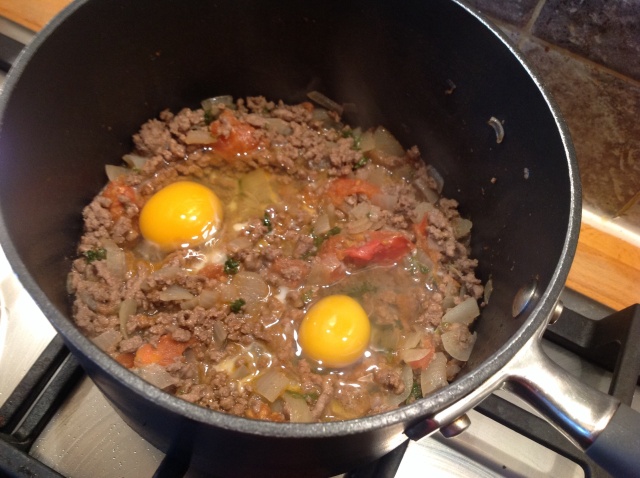 I really didn’t think 4 minutes was enough to cook the eggs. I do think I still have a terrible habit of overcooking eggs! So after 4 minutes the egg had gone all white so I decided to go with the recipe and take off the heat!

I just had this as a meal on its own but my husband had his with rice. I was worried I was going to burst the egg while lifting out of the pan but I managed to successfully transfer to a plate!

I was a bit worried about the yolk, and when I cut it I found it still runny! Well that totally surprised me, the flavour and texture of the runny yolk with the meat was actually really really great! I preferred that to the egg white! I am definitely glad I stuck to the recipe and didn’t end up with a hard yolk.

Would I make this again? Yes, loved the runny yolk through it and will try with lamb next time 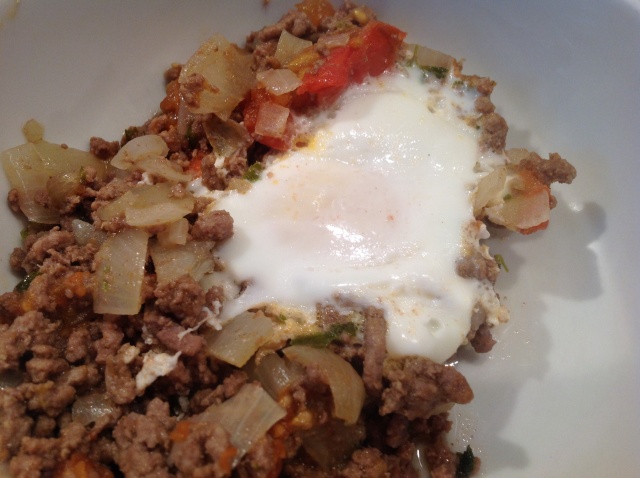