I quite like the sound of this, was in the mood for a Friday night burger! Then you read the ingredients and realise it involves a can of corned beef!! I don’t know what it is about meat in cans but it’s really off putting! I actually don’t mind slices of corned beef but seeing in a can makes it look utterly revoltingly! I have made the corned beef casserole from this book and didn’t love it, so was now not too sure about this. 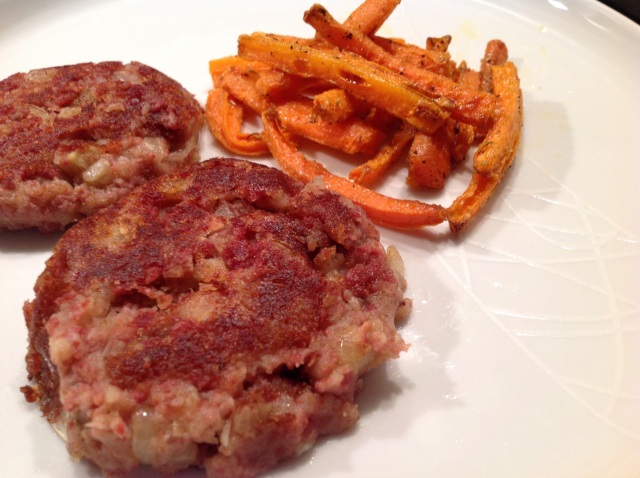 First off I think I need to apologise for the terrible photos, it’s hard to make canned meat look good!

I had a 200g can of corned beef so halved everything else. While the potatoes were boiling I fried the onions, well instead of half an onion I used two shallots. Then I added the curry powder..

While that was cooking I removed the corned beef from the can and cut into chunks. It’s so not very appetising when it comes out of the can, I had to chop off all the horrible fatty bits then cut up into chunks.. 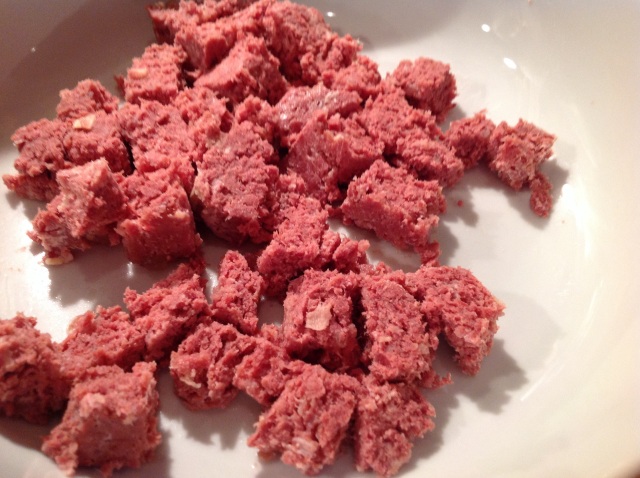 Even adding the curried onions didn’t make it look much better..

Then I added the mashed potato.. 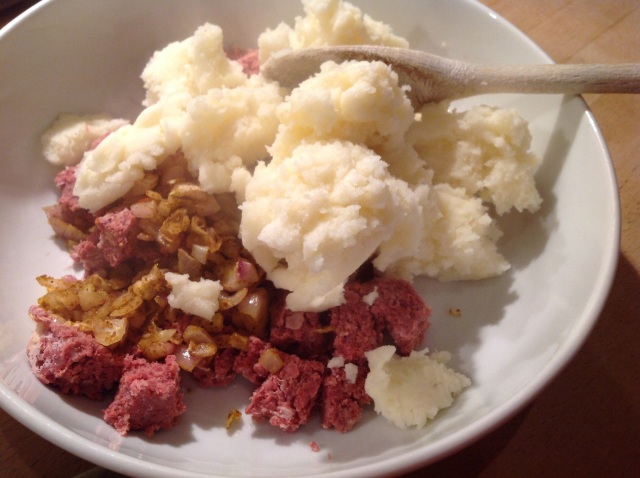 Then I mixed it altogether and left to cool. Looks a bit like stovies at this point!

I really think it’s essential to let the mixture cool. My daughter was having her dinner earlier so I made her a couple of mini burgers while the mix was still warm and they practically disintegrated in the pan! I managed to re-shape them but were not photo worthy! Despite all that she loved them!

Once the mix had properly cooled I shaped and started to fry.. 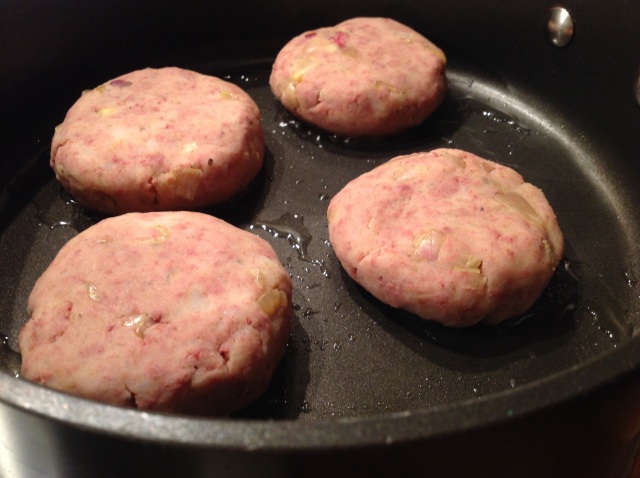 Even after the cooling period they do not keep their shape very well at all. They are sooo soft. It is quite hard to turn them without breaking them..

So after about 5 minutes on each side I decided they had been fried enough. Technically there’s not anything to cook so once they were getting browned I decided that was long enough. So I was attempting to go healthyish and opted to make carrot fries, plus I did not think these burgers needed a bun due to the high potato content..

Well these taste way way way better than they look! There are really soft but I thought that was ok. The flavour is quite nice too and I liked the heat from the curry powder. I know this isn’t really the kind of burger we think about these days but back at the time of this book maybe a canned meat burger was the only option!

Would I make this again? Yes I would, looks really bad but actually tastes good…