I’ve seriously neglected the game chapter, in fact I’ve only done one recipe from it and that was also a pheasant recipe. I had intended to do a partridge recipe but the fishmonger (yes there is a great fishmonger in Glasgow that also sells game!) was all out so I decided to get a pheasant and make this instead..

The pheasant I’d bought was labeled as oven ready which I assumed was a good thing, then I read the recipe and realised I needed it jointed. So I put my butchery skills to the test.. 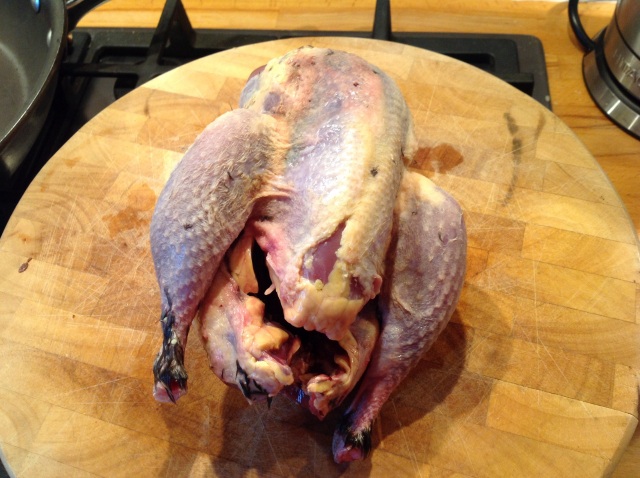 After one knife, one pair of scissors, two different web searches and about half an hour I had what I thought were decent joints of pheasant..

According to the website I followed I should’ve had two legs, two breasts and two wings. I couldn’t figure out where the wings were so had to make do with what I had!!

The joints were fried in the butter and oil until browned and then put into a casserole..

Then I fried the mushrooms and added with the pheasant.. 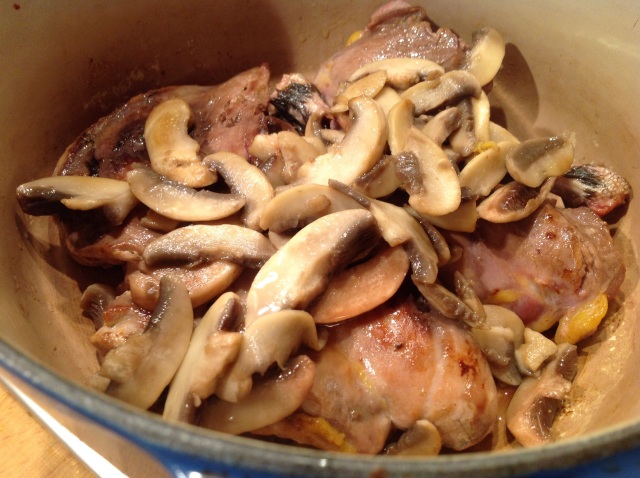 Then I made the sauce and poured all that into the casserole..

After an hour in the oven I thought it was ready, doesn’t look great but the smells are pretty tempting.. 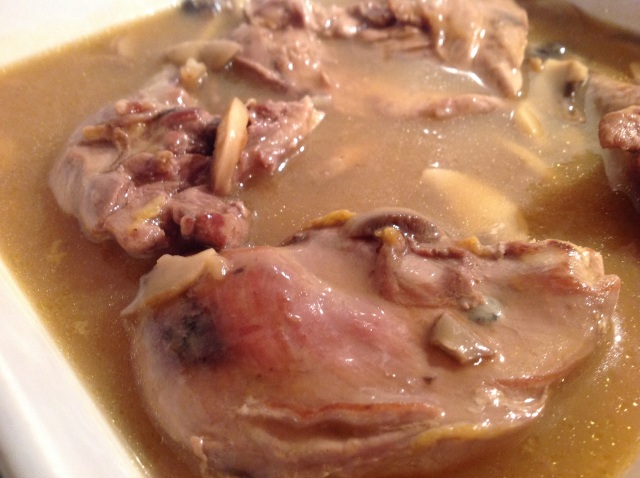 Then I topped it with the orange rind slices and the segments.. 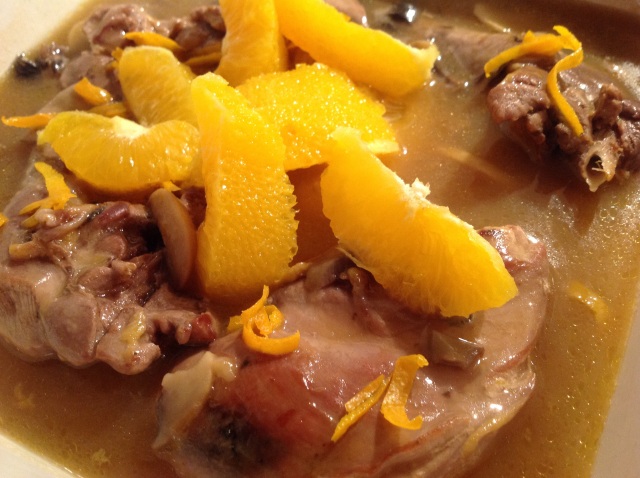 We were having this with some smoked garlic mash and this was also dinner for my daughter!

Well what a pleasant surpise! This is really delicious. The pheasant is nice and soft and the flavour is good. The sauce is fantastic and the segments of orange are really great with the pheasant. Even my duahter cleared her plate! Overall this is a brilliant reicpe and I’d highly reccomended this to anyone who is unsure of game.

Would I make this again? Yes, loved it

2 thoughts on “Casserole of Pheasant”