I went on a search to find out the differnce between a gateau and a cake! Apparently a cake is considered a sweet, baked bread like product and a gateau tends to be a lighter sponge with a rich filling. I make a lot of cakes for other people so it’s actually quite nice when I have a weekend to make a cake for myself! Liked the sound of this and thought it seemed like quite an unusual recipe.. 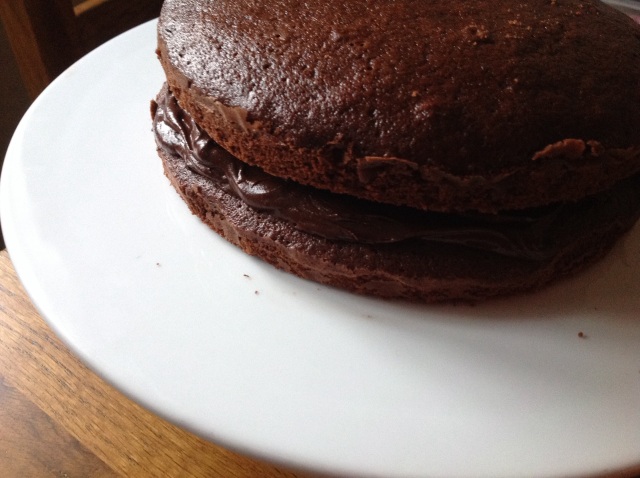 First off I started mixing the dry ingredients together.. 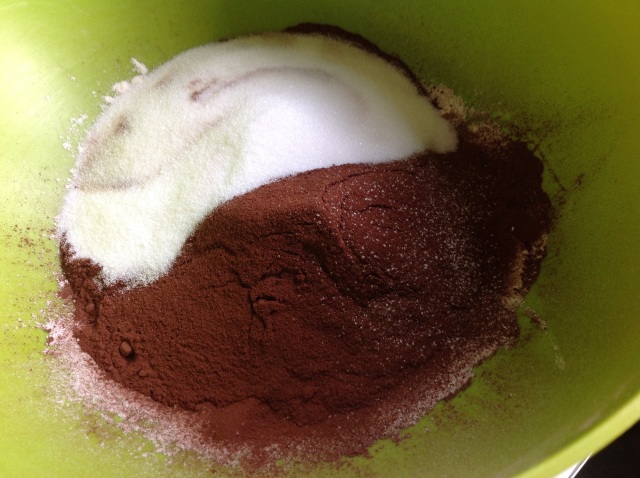 Then I added the egg yolks and the very little liquid. It really didn’t seem like much liquid at all. 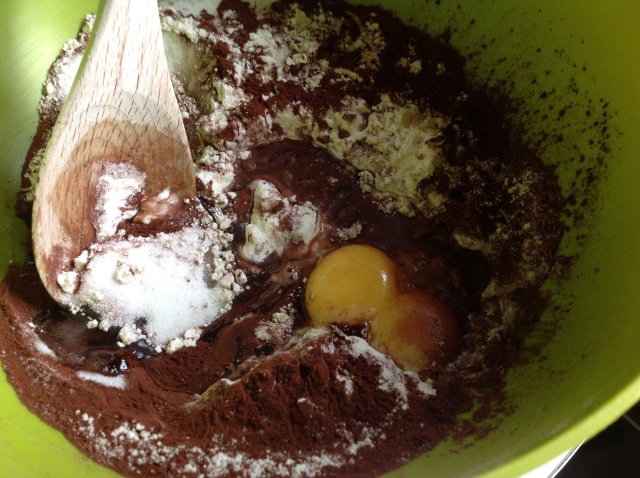 I did beat the mixture for at least two minutes but it all just seemed a bit odd, it was really thick and sticky and all very unmanageable.. 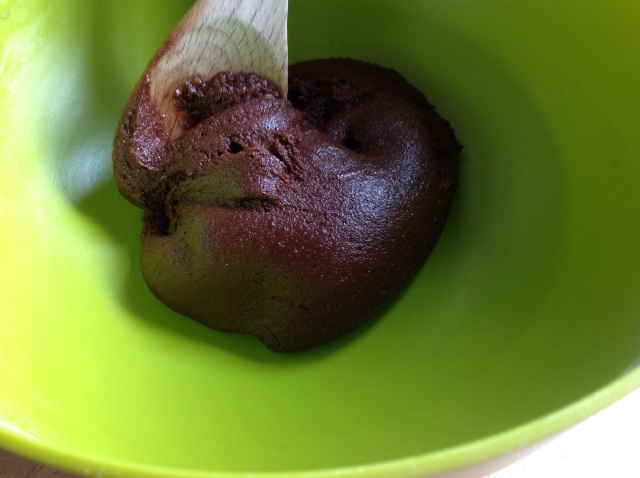 Then I whisked the egg whites.. 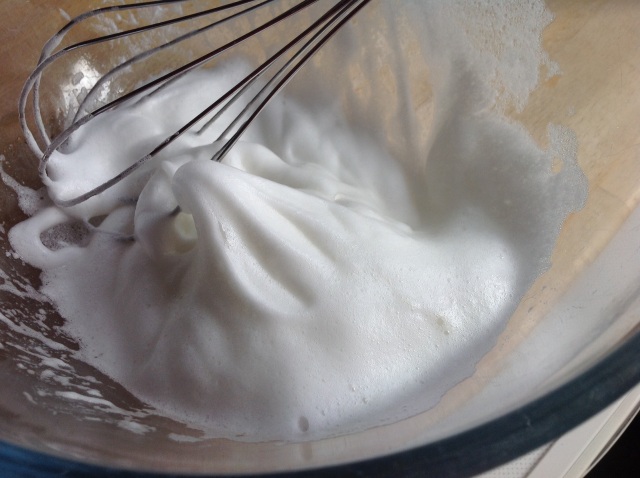 So I attempted to fold the chocolate mixture into the egg whites but it’s soo thick and the egg whites are so light that it really wasn’t coming together at all well by just folding. I did eventually have to do a bit of stirring which was annoying as I was thinking this would affect the rise of the cake. Anyway the resulting mixture was eventually quite well mixed.. 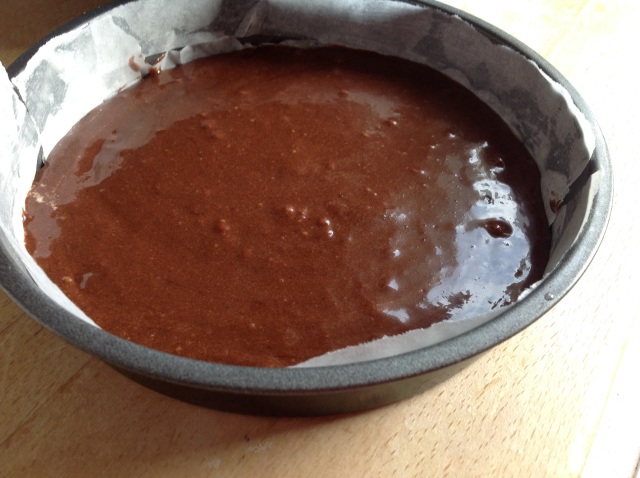 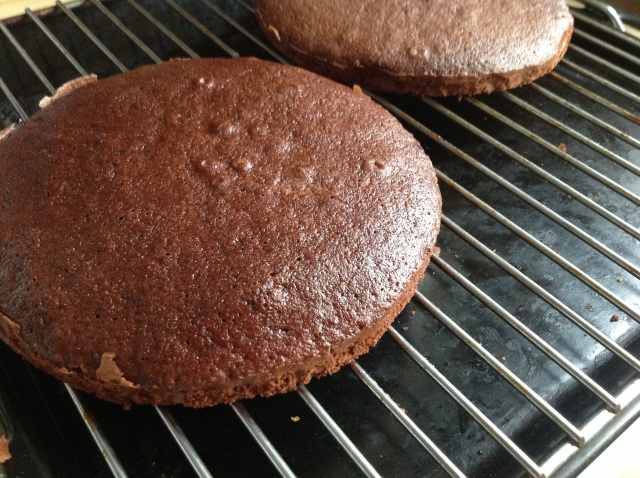 They do smell good and does have quite a nice springy texture.

So now I started making the icing. This is a new one for me as well, have never made an icing with oil like this, but it does make a rather rich and luxurious icing. I did have to add a touch more milk as it was a little on the thick side. 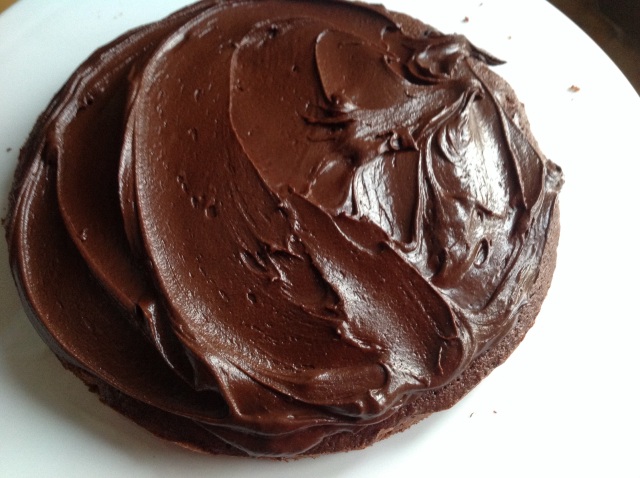 I just used the icing to fill the gateau, I was going to decorate the top in some way but decided to just keep it simple.. 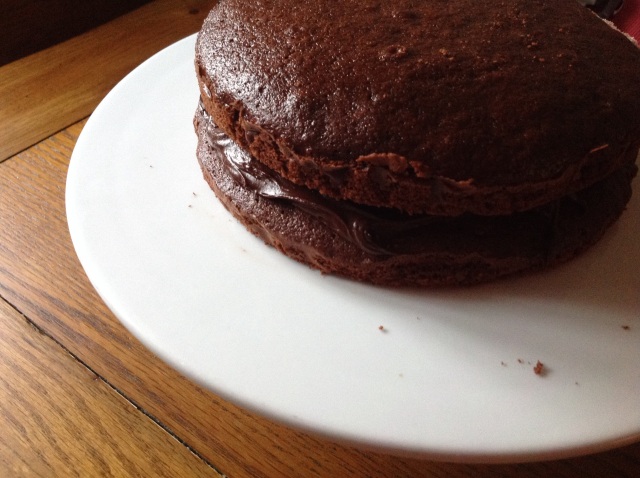 Well this is a good gateau! The sponges are nice and light and really chocolatey, and the icing is just fab! Although if someone had put this in front of me and asked me if it was a cake or a gateau I really wouldn’t know what to say. I think I imagine a gateau to have more layers that are thinner with a more creamy filling, either way this is a good baked product!

Would I make this again? Yes, especially the icing! 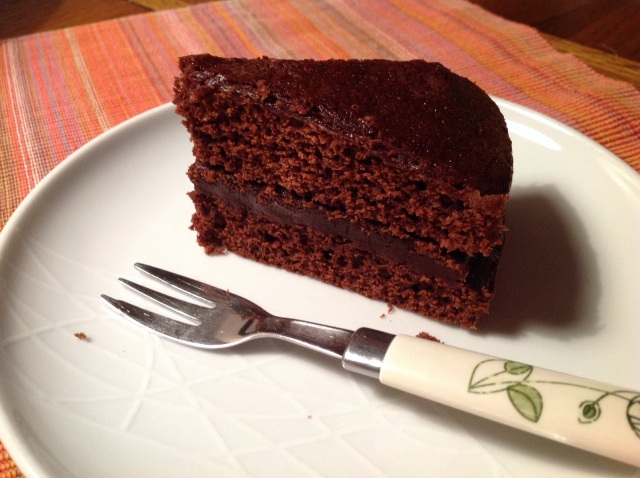