I was so surprised how’s easy it was to make lemon curd, so when I found myself with an abundance of oranges in the fridge I decided to try this.. 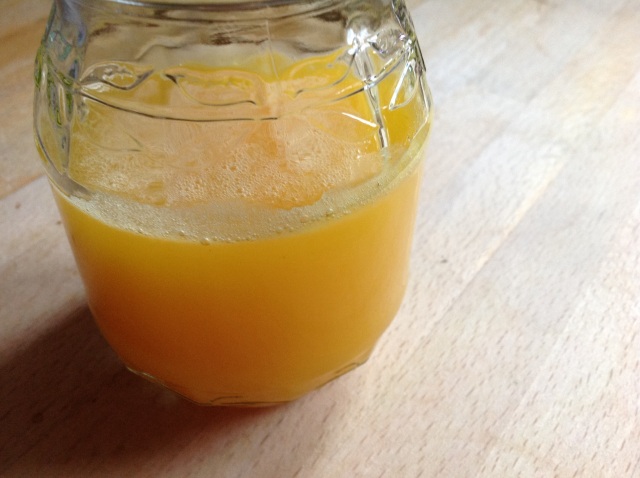 So like the lemon curd I just put all the ingredients in a bowl on top of a pan of boiling water..

I did opt to leave out the candied orange peel as all I had was the mixed dried peel stuff I use in baking which I didn’t think was right.

I did think this took way longer than the lemon curd to thicken, but it did eventually..

I had been a bit worried because in the lemon curd it was 4 lemons to 4oz of butter and sugar and then in this recipe it was just one orange with the same butter and sugar quantities. Am pretty sure an orange isn’t 4 times the size or volume of 4 lemons. Maybe that’s why the mixture took longer to thicken.

I made this earlier in the day and tried it on a slice bread this evening.. 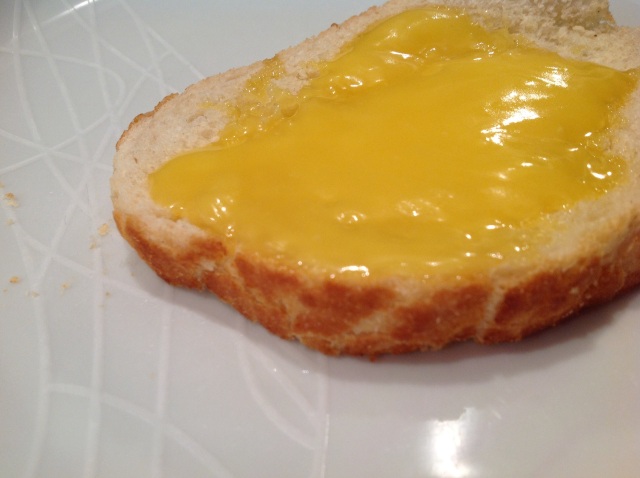 I was worried that it wasn’t going to thicken the same as the lemon curd but after a good few hours in the jar the consistency had totally changed, it was thick and jelly like you’d expect a curd to be.

The flavour is not as strong as the lemon curd, it’s much more subtle. I did like it but do wonder if it would’ve been better with two oranges..

Would I make this again? Yes, was really easy and nice enough..