Earlier this year I made the quick bread-1 which turned out really weird looking but was good enough for toast and croutons!

This is a slightly different recipe but is also ready in under an hour..

I opted to make with self raising flour, and it didn’t seem like much fat to the amount of flour..

Then I added the egg and milk and I did end up using all the milk. The resulting dough is soft.. 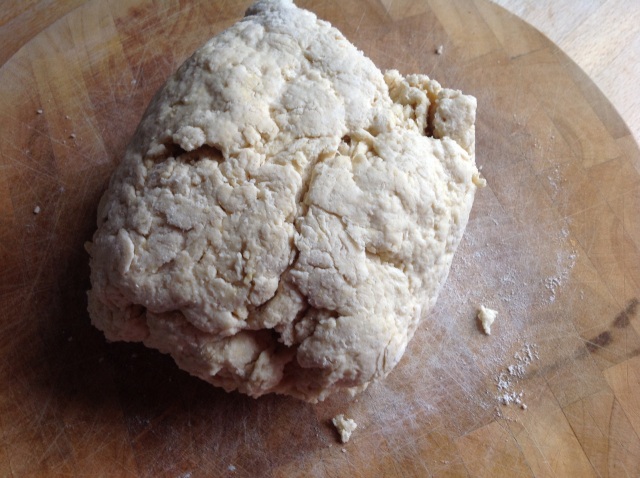 So it says to knead very lightly so that’s what I did! I know there’s a whole science thing about making bread and activating gluten I think, but as this has no yeast I’m wondering if less kneading is best? I just gently kneaded for about 5 minutes until it was looking smooth..

So I decided I was going to be a bit fancy and opted to make it into a plait..

Then I brushed with milk before putting in the oven..

After the full 35 minutes it looked nicely browned and has risen a bit..

It does look a bit weird on top, again I’m pretty sure there’s a scientific reaction type explanation for that!! 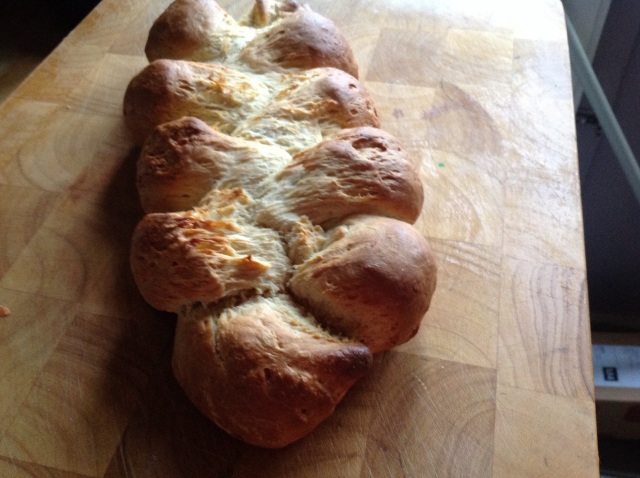 I left to cool ever so slighty before I had to test it..

It is nice and soft inside and does have a bit of a crust, which I quite like! Warm with butter it is great! Overall it’s quick, easy and decent enough loaf of bread.

Would I make this again? Yes, great to be able to have a loaf of bread in less than an hour…