I got a bit confused about this recipe after going to the butcher. It’s in the veal section and is meant to be shin of veal but in the butcher they had pork osso bucco.. 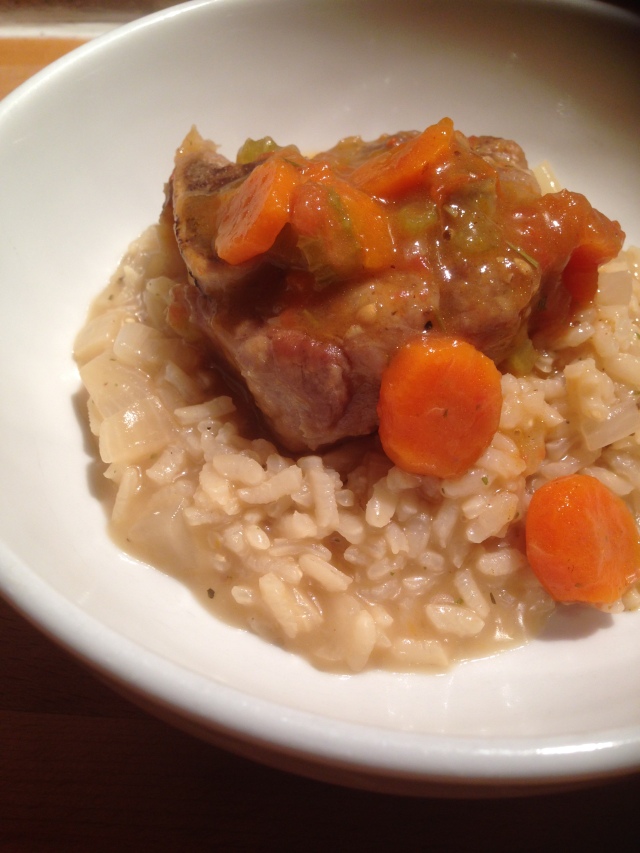 So traditionally osso bucco should be veal and does mean bone with hole in Italian so assuming I can replace the veal with the same cut of pork! It was also pretty cheap which is good! 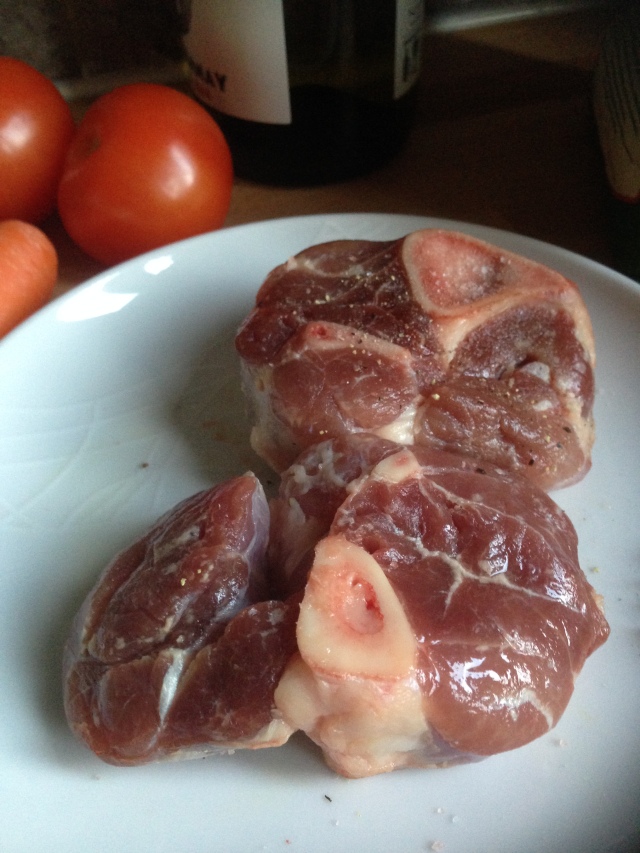 I only had the two bits which weighed out at 250g so I had to sort of quarter everything else. First the meat is browned in butter.. 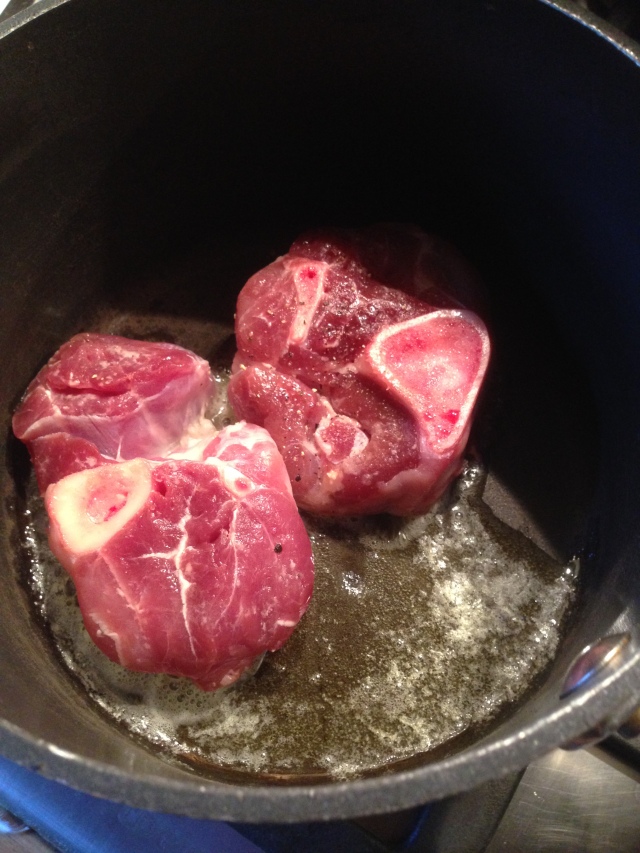 Once that was nicely browned it was removed and the veg browned for a few minutes.. 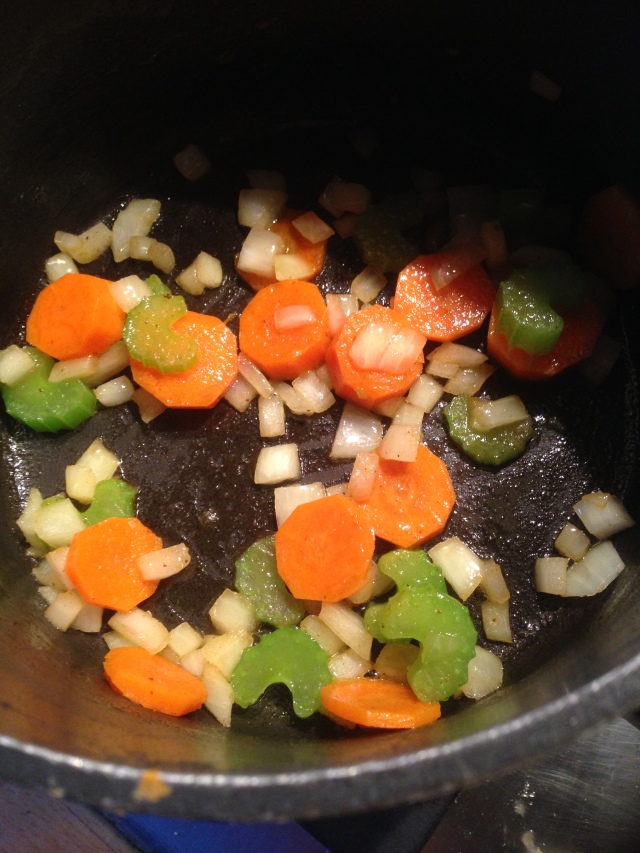 Then the meat is put back in the pan with the wine and left to simmer, after 20 minutes in goes the tomatoes, stock and rosemary.. 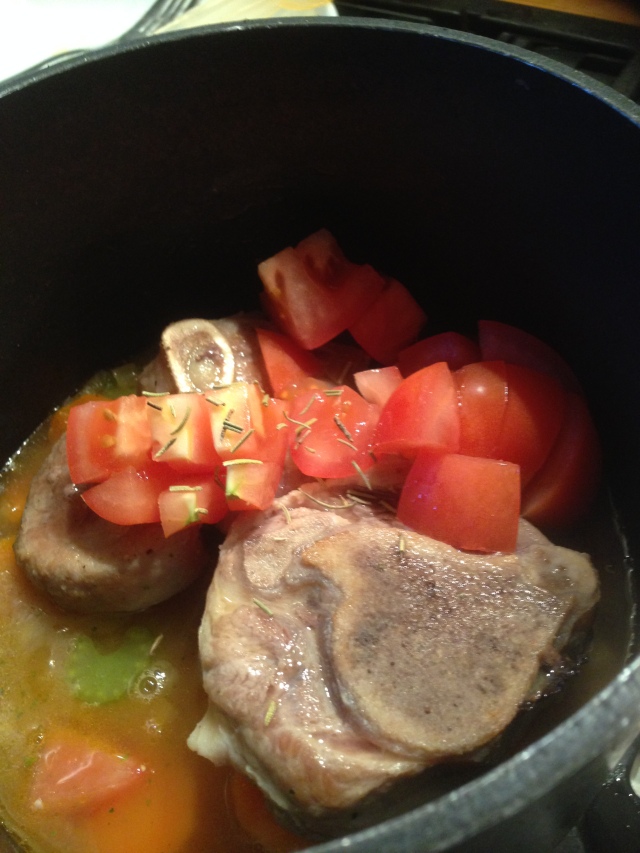 While that was simmering I made a basic risotto to serve with it. After just over an hour the liquid had thickened up in the pan and was smelling pretty good! 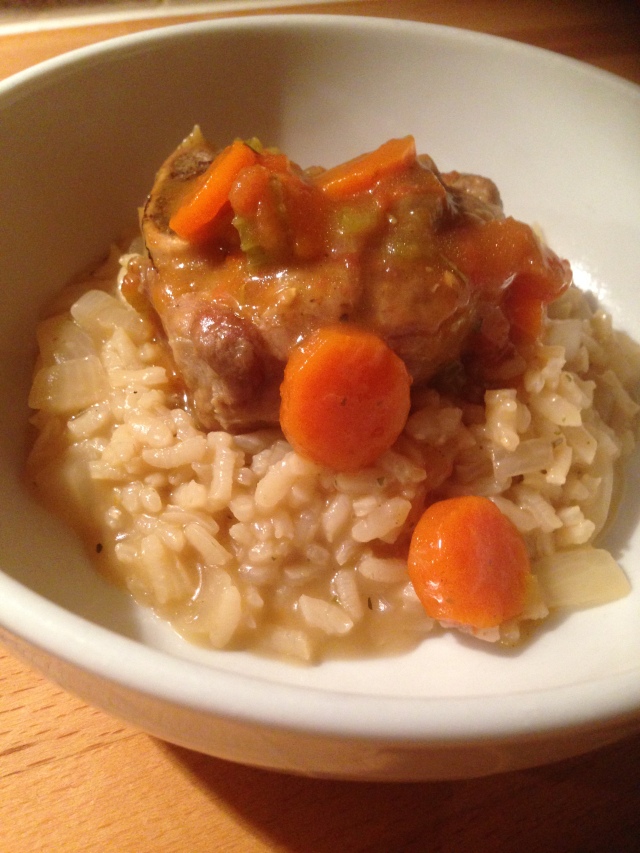 So I totally forgot about the garnishes! I was hungry and just wanted to get stuck in, and I don’t think it needs anything else as it’s pretty good garnish free!!

The meat is soooo soft and tastes great. There is a bit of fat and bone so only one bit of meat really probably isn’t enough for one! The sauce is fantastic and all the veggies that have been cooked in it are meltingly soft and taste great!

Overall this is really delicious, next time I see veal shin I’ll try it again with that.

Would I make this again? Yes!