I think this is one of those recipes that anyone would struggle to make look appetising, I am actually a bit embarrassed to actually post any photos of this one!! 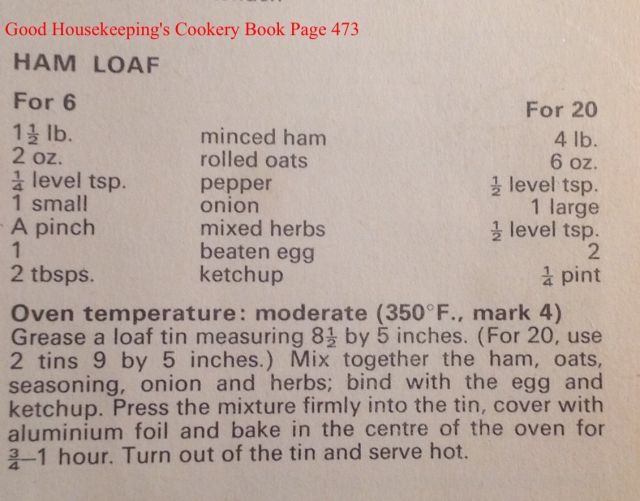 I had decided to make this with a can of ham! I just felt that was fitting with this book, and can imagine that’s what the recipe intends! I decided to blitz that in a food processor for a few seconds, I think too long and I would’ve ended up with a mush!

The ham I had weighed 200g so I had to try reduce everything else, but I actually ended up using a whole onion, 2oz of oats and the whole egg in an effort to bulk this up.. 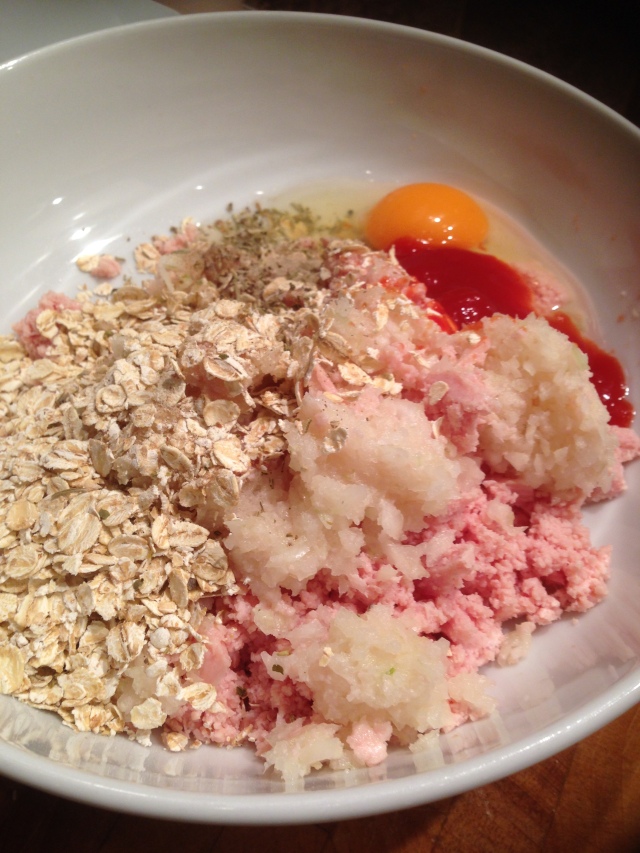 All mixed together and then pressed into a tin. Really doesn’t look great at this point.. 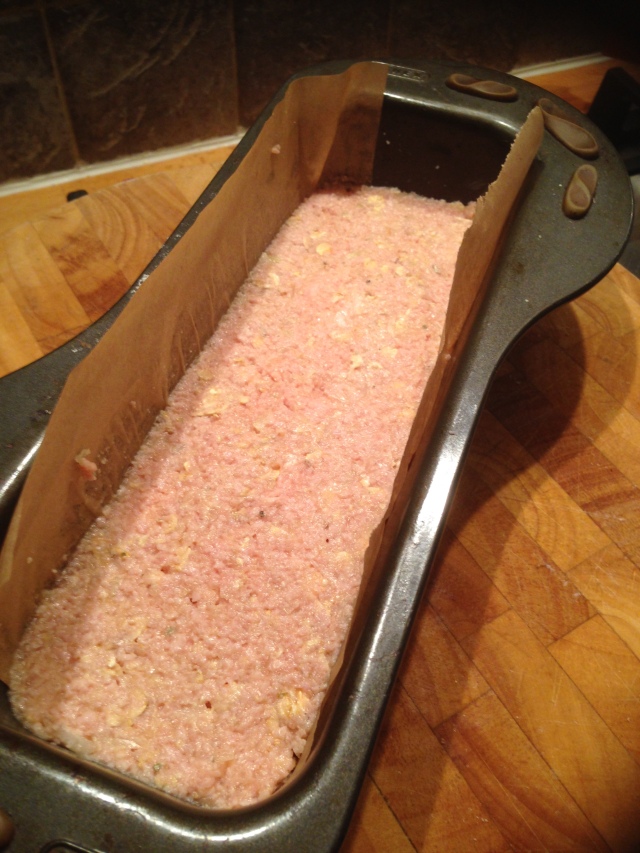 After about 40 minutes it doesn’t really look much better, but it does smell quite nice! Maybe I’m just so hungry that I’d say that about anything..

I think because I had used significantly less meat compared to the other ingredients, my loaf has ended up a tad soft and kind of falls apart a bit too easily..

Well I have to say this tastes way way better than it looks! It’s really soft and hasn’t kept its shape at all but we did eat the lot!

Would I make this again? Even though we did eat it all I don’t think I’d bother making again!