I made the cheese and vegetable tart a few weeks ago and this is pretty much the same recipe except it’s called a flan and has a boiled egg added!

I started by making the pastry and left that to chill in the fridge before lining two mini tart tins. I had made the full 4oz of pastry and plan to use any leftovers for mince pies! 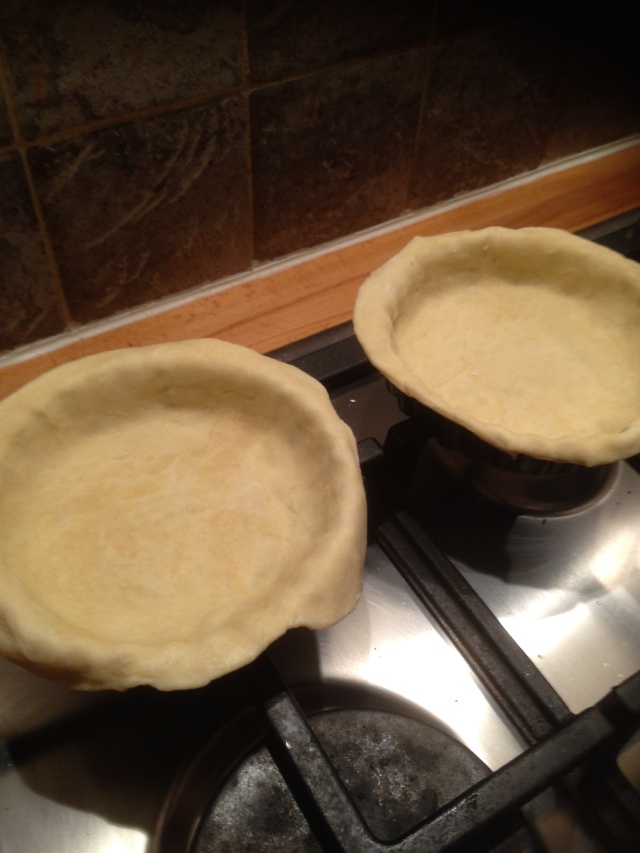 They were baked for about 15 minutes until lightly golden..

I don’t think there’s anything more tedious than peeling a boiled egg. Am sure I’ve seen a tip or gadget somewhere that can make it quicker and less annoying, anyway I only boiled one egg for the two tarts/flans and that was sliced and into the tins.

Next I made the white sauce which was then mixed with the veg, I didn’t use half a packet as my packet is pretty big, I just cooked about a mug full.

That was all added to the cases..

They were topped with more cheese and then under the grill for about 5-7 minutes until they were bubbling and browned..

So how did this compare to the cheese and veg tart? Well it’s pretty much exactly the same except with the egg! I don’t think I made quite as a good job with my pastry and it wasn’t as crisp as I would’ve liked! The egg in its alright but kind of gets lost, am thinking I maybe should’ve put a whole egg in each one.

Would I make this again? Probably..

2 thoughts on “Egg and Vegetable Flan”