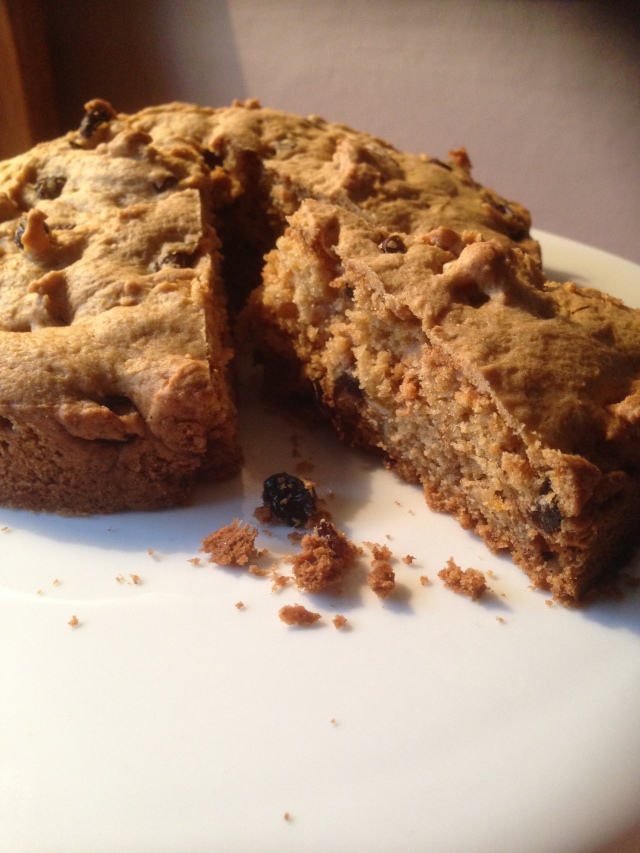 I had a cupboard full of dried fruit for all my Christmas baking so had plenty left to make this. It’s a weird recipe when you read the ingredients, obviously the vinegar is unusual but then there’s no egg. So am thinking there must be some sort of a scientific explanation for the vinegar!

I mixed all the dry ingredients together.. 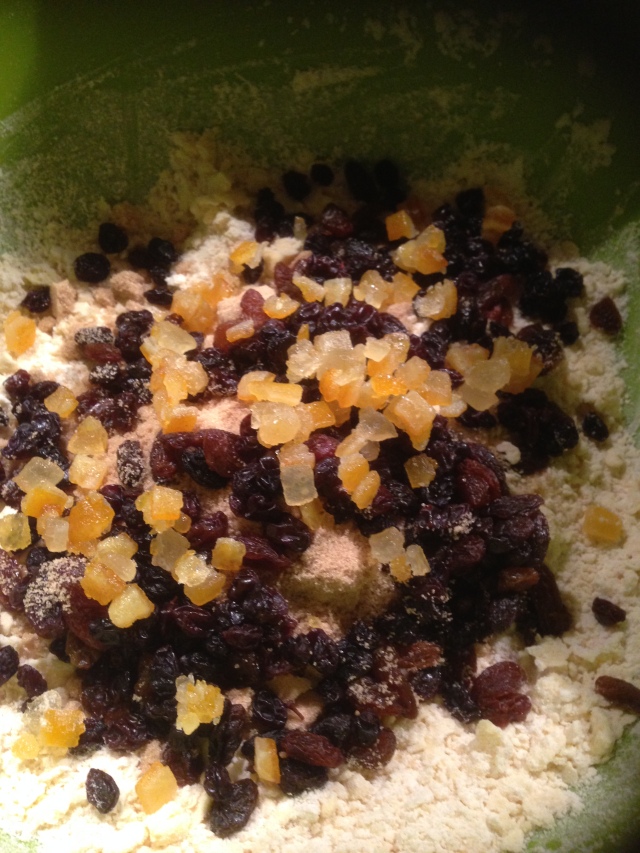 I do think some cinnamon and mixed spice would be good added at this stage. Then I mixed the bicarbonate with some of the milk and added that with the vinegar, I just used regular malt vinegar. I then needed to add way more than another 2 tbsps of milk in order to get a dropping consistency, and it is quite a sticky mixture.. 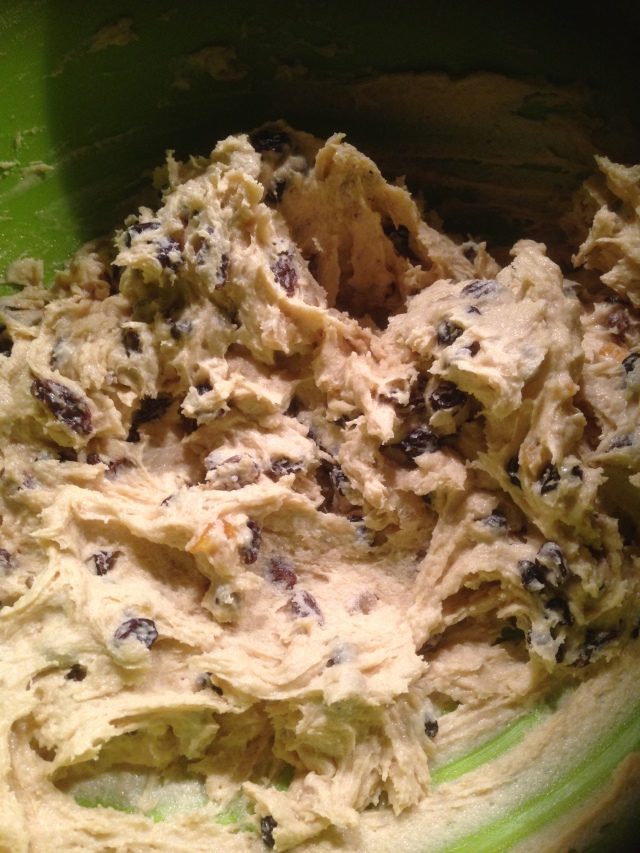 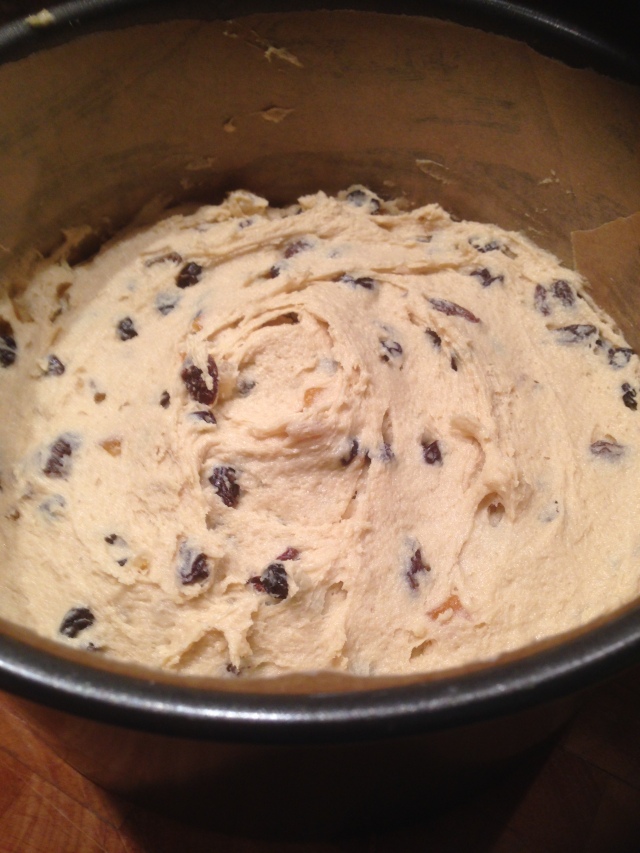 ….and then into the oven for just over an hour.

After all that time cooking it does smell great and has browned nicely.. 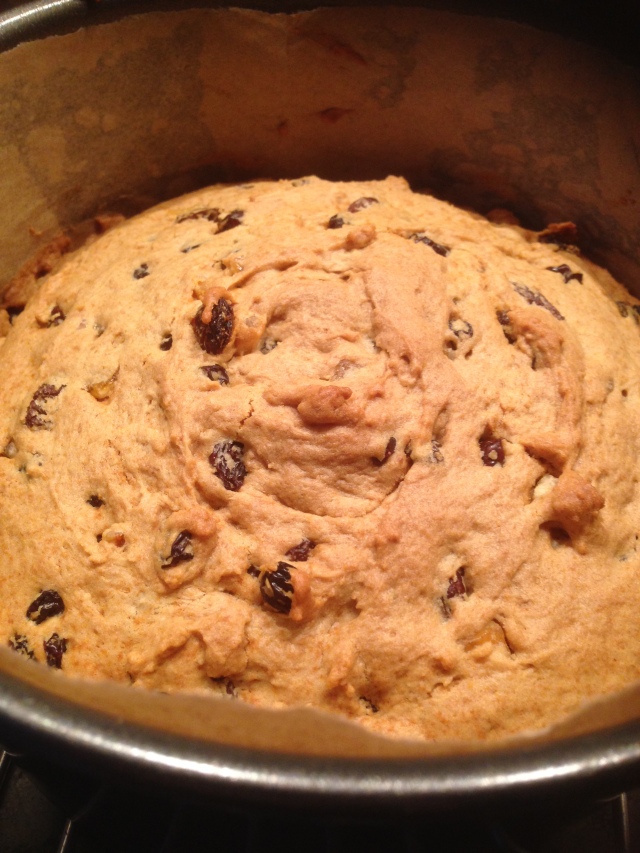 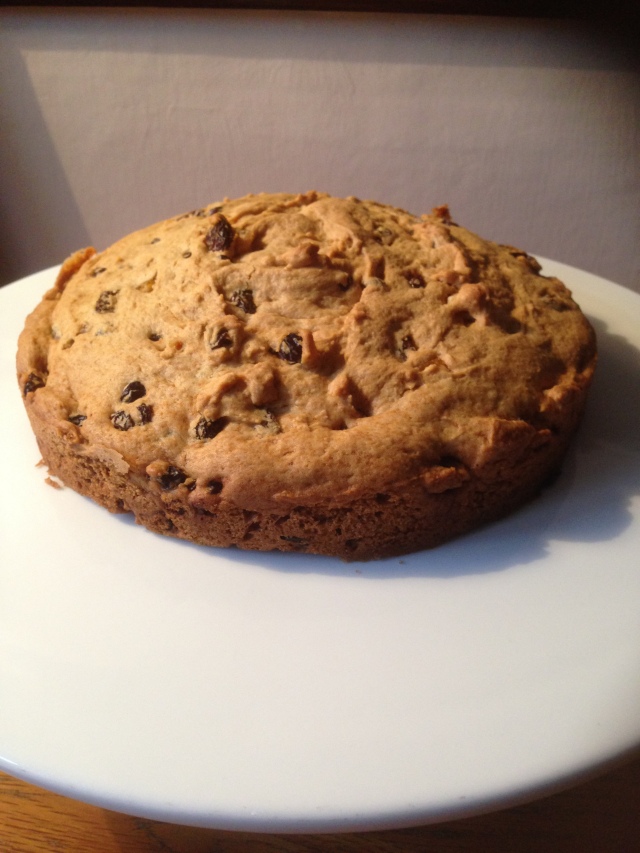 I let it to cool for only a few minutes before trying, and still warm it is great! It’s quite a dense texture but I like that.

Once it cooled a bit it was slightly drier, maybe some more milk would avoid that happening. As a fruit cake it is good, on eating it I can’t taste any vinegar which is probably a good thing, and I guess it’s handy to have a cake recipe with no eggs.

Would I make this again? Yes